Know the Differences Between Mesothelioma and Asbestosis

Today, we will be discussing very uncommon diseases, the Mesothelioma and Asbestosis and the difference between these two. 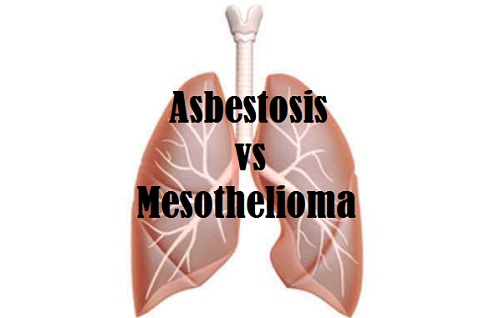 Cancer in Mesothelium called Mesothelioma. Mesothelium is a protective membrane that protects most of your body’s internal organs. 8 out of 10 cases of this disease begin in the mesothelium cavity of the chest. In some cases, patient’s mesothelioma begins around the heart or in the abdominal cavity. It is in the form of tumor that is built by tissues that cover your stomach, lungs, heart and some other internal organs. 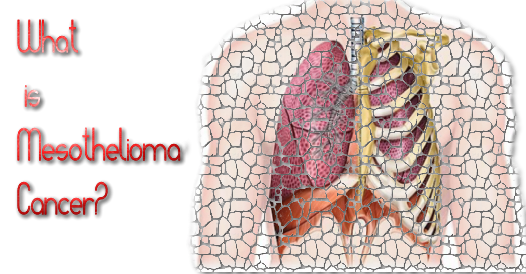 It is a rare disease as its patients are fewer than 100 thousand per year (India). Still, there are not any approved treatment can be found. Most patients with mesothelioma disease died within few years after having this disease. Mesothelioma cancer was recognized first time by E. Wagner in 1870s. They found 2 cases of mesothelioma during their medical study. But it took 100 years to approve it is a separate form of lung cancer after discovering it.

Studies found that malignant cells of mesothelioma can damage its nearby tissues and cells. Those damage cells can affect the other body organs as well. Someone who is suffering from mesothelioma disease can die from respiratory failure or high pneumonia. In some cases, the individual develops a small-bowl obstruction while the tumor extends through their diaphragm. There is some individual’s death occurs cause of the damage conducted by the tumor. There are 2500 new cases of mesothelioma are found in a year.

The primary and most common reason for the disease is working with asbestos. A group of thin fibers and minerals called, asbestos. Asbestos has been used in industries, automotive and construction because it is heat resistant, chemical resistant, and does not conduct electricity. As asbestos’s fibers are released into the air during any manufacturing process, they can easily swallow or inhale and can lead to a severe health problem. According to researchers, 70% of mesothelioma cases are linked to asbestos exposure during manufacturing. There are some studies and research show that some family members or the people live with asbestos workers have a high risk of developing mesothelioma or they can develop some other diseases related to asbestos.

The exposure of asbestos dust or particles brought home or another place on the hair and clothing of an asbestos worker. There are some cases of mesothelioma are found from the people lives in the asbestos mines. Usually, the asbestos can be found in all manufacturing plants in a vast amount that use this to manufacture some products, but it can be found in your house in the form of fungus on the roof and walls of your house. It is not that much harmful but it can affect your health over the time and can be the reason for mesothelioma. There are some more cases of mesothelioma has been reported without any known exposure to asbestos.

There are some unusual but possible reasons for mesothelioma include:

The researchers found some published reports of mesothelioma, developed by high exposure to radiation. The high exposure to radiation to human’s chest or abdomen can be the reason for mesothelioma. In some cases, researchers found that injecting thorium dioxide into an individual’s body is also a reason for mesothelioma. Usually, thorium dioxide called thorotrast. It is used by doctors in the process of chest X-rays. Thorotrast can lead to some other serious health problems. Earlier it was used by doctors in a considerable amount, but after the 1950s, the use of thorotrast get lower and comes to an end, but still there are some doctors use this while conducting an X-ray report.

Zeolites are a group of some minerals that are related to asbestos. A most dangerous mineral of asbestos is erionite. It can be found easily in the soil in some areas of Turkey. Exposure of erionite can be responsible for high rate of mesothelioma disease in people. As the natural minerals, it can found in soil, but only a few people know about this dangerous particle. Erionite can easily swallow or inhaled by a person, and it can affect very severely then you think.

There are some laboratory studies shows that the possibility of mesothelioma’s infection can be increased by the simian virus that found in some animals. However, it is also found that it can be spread by some vaccines like polio vaccines. According to some countries cancer society, the injectable of polio vaccine given in 1955 to 1963 in the U.S. was the reason for spreading mesothelioma. This was the first time when mesothelioma effects are found in vaccines. Over 30 million people in the U.S. gets infected by the polio vaccine, and this leads them to mesothelioma.

There are some rare cases of mesothelioma individuals that are affected by the genetic disorder. Some experts and researchers believe that a certain people may have mesothelioma because of genetically predisposed.

According to experts, mesothelioma symptoms usually do not appear until 10 to 40 years after asbestos exposure. The most common symptom of mesothelioma is the lung’s shortness of breath and constant pain in the chest. Stockpiling of fluid in the pleura organ caused by the mesothelioma. If it is large, it may also contribute to the short breathing. 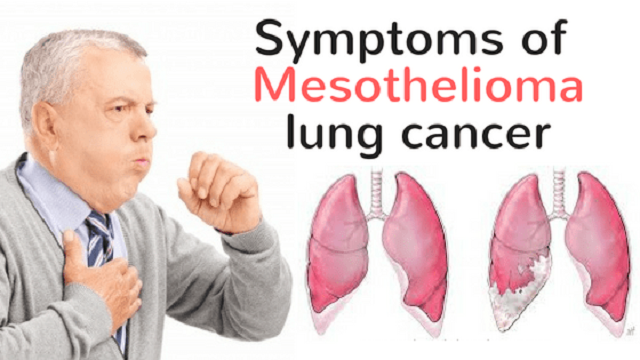 There are some more mesothelioma symptoms include:

Mesothelioma causes a dangerous and not curable cancer, and it can spread to other body organs of an individual. The symptoms of cancer cause mesothelioma may swallow in inner body organs, pain, swelled face or neck. Sometimes these symptoms can be the cause of some other diseases as these conditions are shared by some other diseases. If you face these symptoms, you should visit yours as soon as possible. 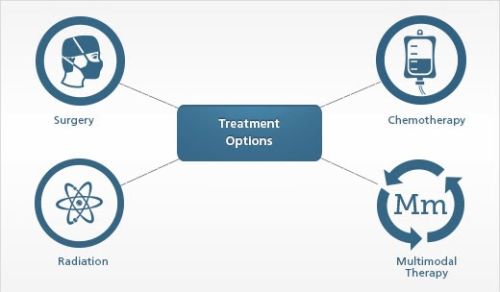 The treatment involves a combination of chemotherapy, surgery and radiation therapy. In some cases, the standard treatments do not cure while the mesothelioma patient may also be able to try some treatments through clinical experiments. Still, there is no approved treatment for the disease exists. But mesothelioma patients can cure the prognosis of some form of treatment. Some rare cases can cure their lifespan by some treatments, but in other cases, alternative therapies and palliative care can help reduce chest pain and breath problems and some other symptoms to suffer and make it easy to face for mesothelioma individuals.

The asbestosis is modified form of mesothelioma. It is known as lung disease, and it develops while the asbestos fibers are scarring in individual’s lungs. The asbestos fiber’s scarring causes some severe breathing problems such as restriction of breathing and a low ability to take oxygen to your bloodstream. The apoptosis is also called as interstitial pneumonitis and pulmonary fibrosis. According to some experts, it is the most dangerous or the last stage of constant Pneumonia.

There are many cases of asbestosis are found in some manufacturing units and factories. The causes of asbestosis disease are similar to mesothelioma disease’s causes. There are some regulations made by some countries government for asbestos usage in manufacturing plants to lower the risk of having asbestosis. Asbestosis takes years to develop and can be life-threatening. According to a survey, there are 200,000 deaths occurred cause of asbestosis.

The most cases of asbestosis do not have symptoms until 20 to 40 years after exposure to asbestos. 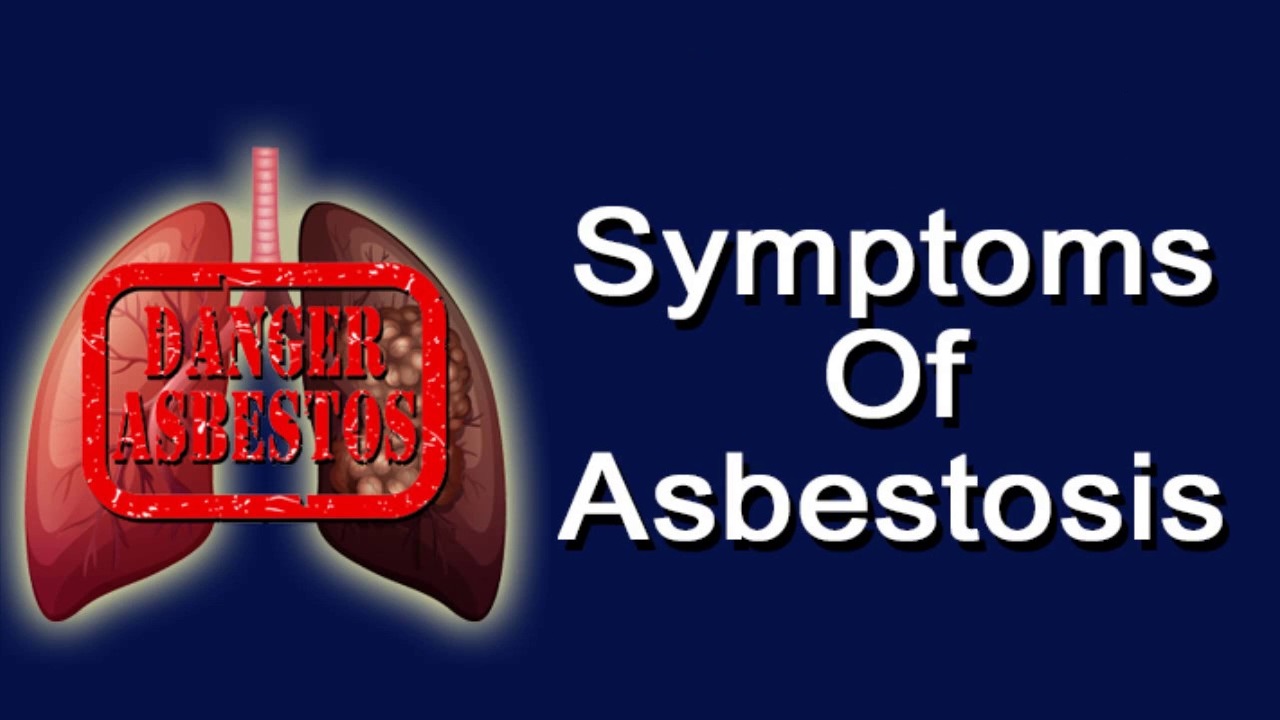 There are some common symptoms of asbestosis include:

If you have asbestosis, there are higher chances of your respiratory system failure. Asbestosis has many symptoms associated with mesothelioma. Appetite abnormality is the most common symptom of asbestosis, but anyhow it is related to some other diseases. If you are facing problems while taking breath such as shortness of breath or chest pain, it’s the time to visit a doctor to diagnose. Asbestosis has many symptoms related to cancer as it is a form of cancer or the lung cancer. You can face some blood clotting or bloodstream abnormalities. A constant and dry cough is the dangerous disease and believed that it is the common symptom of asbestosis. 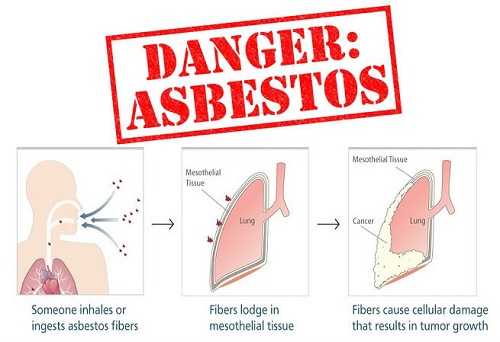 The most common cause of asbestosis is the asbestos fibers that inhaled while breathing during asbestos exposure. After inhaling the asbestos fibers, they can become embedded in the human lungs and can be the cause of scar tissue’s formation. This scarring of tissue is known as asbestosis. This scarring can low your respiratory system’s performance or can make difficult breathing. The asbestosis prevents your lung tissues from contracting normally and expanding that causes the difficulty in breathing and shortness of breath.

You can face a higher risk of developing the asbestosis if you work at any industry and manufacturing plant where the exposure to asbestos is high and risky. According to some surveys, the asbestosis patients are commonly found in fireproofing and construction jobs. Asbestos is still used in many countries and their industries but it strictly monitored by the government of their country because of the regulations and rules made for asbestos use. You can also develop asbestosis or a higher risk of this disease if you smoke.

As approved, asbestosis cannot be cured, but there are some treatments and alternative therapies to reduce or control asbestosis symptoms. Some asbestosis expert doctors prescribe inhalers that may loosen congestion in asbestosis patient’s lungs. Some breathing problems can occur during asbestosis that can be reduced or controlled by an oxygen supplement mask or tubes that fit inside the individual’s nose and can make the breathing easy. 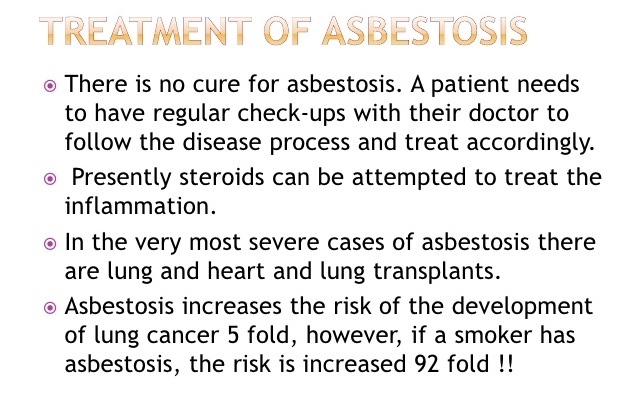 Added to wishlistRemoved from wishlist 1

How should you Pop your Lower Back on your own?

Know how to recover your child from ADHD or Sleep Disorders